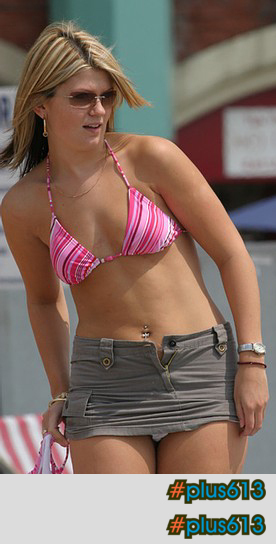 damn all you fucker's do is criticize these photos stop looking at other people's mistakes and look to your own
Anonymous Report This Comment
Date: July 03, 2005 05:26AM

there another floating around the web showing the snatch after she indeed REMOVES her panties.
The_Central_Scrutinizer Report This Comment
Date: July 06, 2005 01:24PM

I've seen it. I think 108164 is right. We're currently in the process of giving a cultural "pass" on a permanant "ruling class" caste of people who can make you (and you're kids) fight for their industrial profiteering without any harm or sacrifice on the part of themselves or their kids. We're doing it because we didn't like the "messiness" of real democracy back during the Vietnam war, when stupidity could still called the thing it was.

These are fearful times indeed.

The photo reminds me or the old Zappa chestntut "I don't Wanna Get Drafted":

You better believe hers is safe and is going to stay that way........

REPUBLICAN PRESIDENTIAL IMPEACHMENTS! IT'S WHAT'S FOR DINNER! (WITH A SIDE OF MYOPIC ARROGANCE. WHAT IS IT ABOUT THESE STUPID FUCKS?)

needs a skirt that fits