you know what will happen to you? 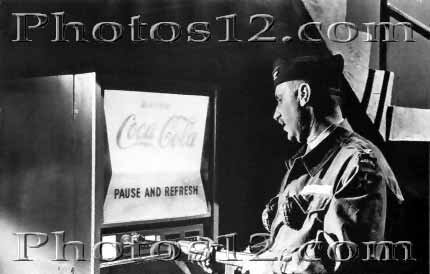 
Group Capt. Lionel Mandrake: Colonel... that Coca-Cola machine. I want you to shoot the lock off it. There may be some change in there.

Group Capt. Lionel Mandrake: Colonel! Can you possibly imagine what is going to happen to you, your frame, outlook, way of life, and everything, when they learn that you have obstructed a telephone call to the President of the United States? Can you imagine?! Shoot it off! Shoot! With a gun! That's what the bullets are for, you twit!!

Colonel "Bat" Guano: Okay. I'm gonna get your money for ya. But if you don't get the President of the United States on that phone, you know what's gonna happen to you?

Colonel "Bat" Guano: You're gonna have to answer to the Coca-Cola Company.