more pics of my new bike... 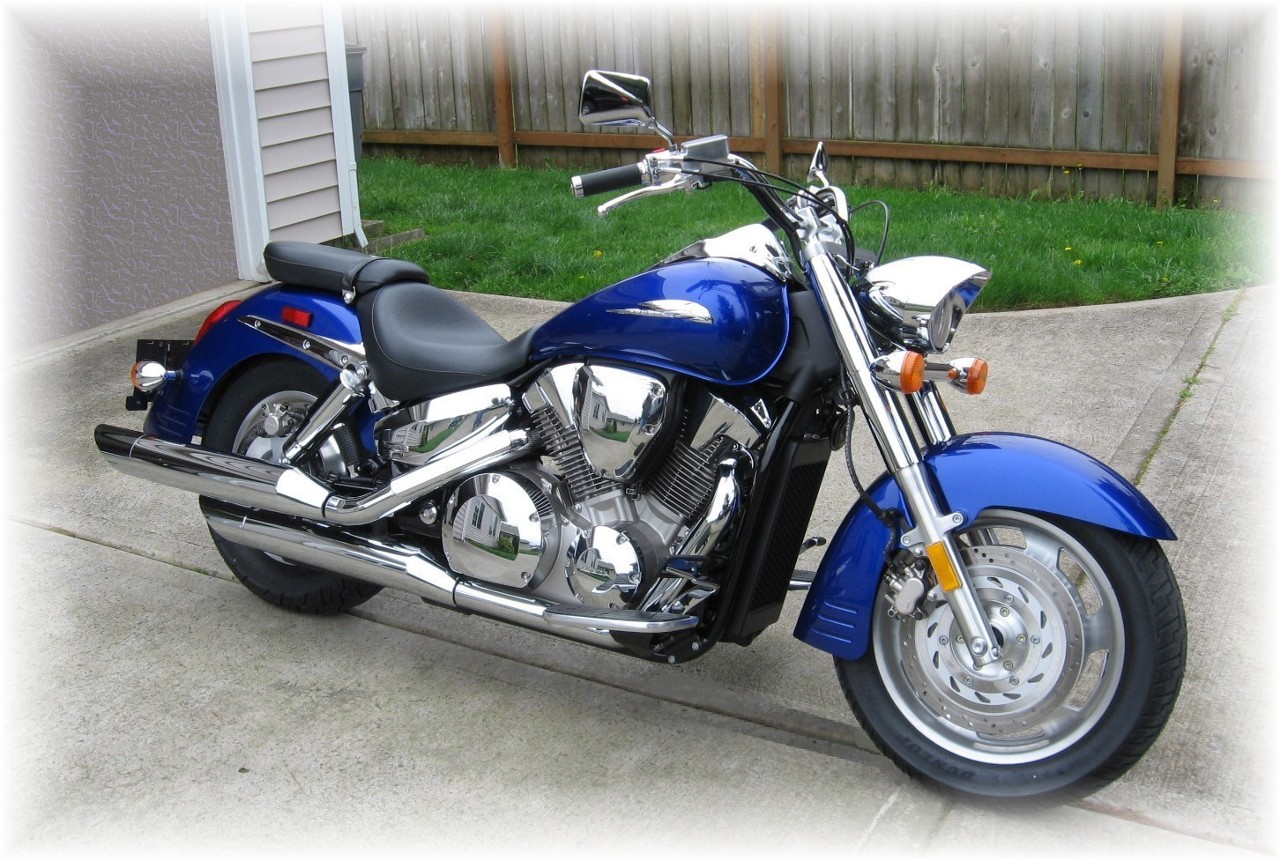 Great engine, reliable electrics, modern suspension and brakes. A bike you can ride coast to coast without having to be rebuilt three times.

The only reason your Harley is anywhere near as good as you think is because the Japanese made them get better.

Look at any new HD product and you'll find European and Asian made components all over it. Denso or Bosch ignition and fuel systems. Showa or KYB suspension components. Denso or Nippon Seiki instruments and switch gear.

Today's Harley is a global product that needs to compete on more of its mechanical merits than aesthetics.

90130 -- you forgot to mention that a good Japanese bike is much less expensive than a comparable Harley.

I ride a Harley because my wife got it for me as an anniversary gift in 2001 -- but I always give a wave to everyone, no matter what they ride.

Pro Junior -- That is a very nice machine.

How do you it so far? Do you plan to add some accessories?

I'm glad there was no offense taken. I rode Harleys too until all the "Bad Boys" turned the ownership experience into a glamour club.

Now, I don't care any more...I just ride whatever strikes my fancy.

The coolest Harley IMHO is the "Night Rod" and I'd buy one of those before any Yamaha Warrior, Kawasaki Vulcan, or Honda VTX. Just 'cause it's pretty, has an awesome engine and has the balls to go with those good looks.

And even if the market is saturated with cruisers, your Harley still holds its value and depreciates far less than any of the Japanese bikes.

Now when I go scratch some corners, I'll ride my R1.

thanks Biker Guy
the weather has been lousy since the day after I bought it, so I havent really ridden it much yet...however the time spent on it so far has been great

as for accessories, I will probably add a little chrome here and there, replace the back seat with a rack and put on some saddle bags...nothing too extreme...