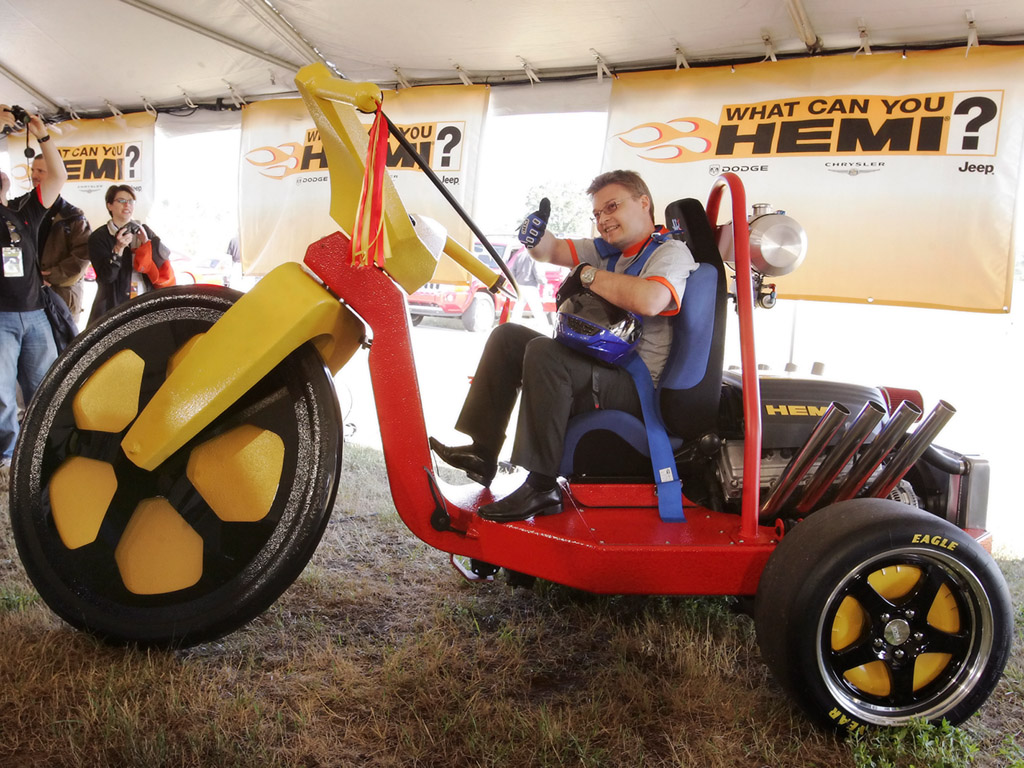 As much as I like hemis and all, Chrysler really has blown this shit waaaaay outta proportion. They dropped the hemi design years ago and now that they've begun reusing it they make like it's somethin new all over again, all while gettin some pretty shitty HP figures from these new motors too !

Pentroof cylinder head designs in piston engines have been around for over a hundred years.

A Honda Cub ? I don't think I even recall that one !

Yep the hemi head's been around for a lot longer than Chrysler's been usin 'em. Amazing what elaborate marketing campaigns can put over on the unwitting public eh


Dude, if you're not careful stepping out of your front door, you might trip over a dozen of them.


The Honda Cub and Super Cub have the distinction of being the most popular motor vehicle in the history of the industrialized world, produced to this very day since 1958.

When you pass a lumbering RV on the freeway, you might notice a couple of 'em strapped onto the back of it.

Not much fear of that here buddy, maybe DSMs or the Miata in the driveway, but no bikes at all around my place. I had to give up bikes years ago 'fore I did myself in on one. That need for speed thing is a STRONG part of my nature and bikes just make it all too easy to get there in a bigger hurry than I should

'Round here we always genericly called this type of Honda a "Honda Dream".