Celebrating the 4th a lil early, but WTF :>) 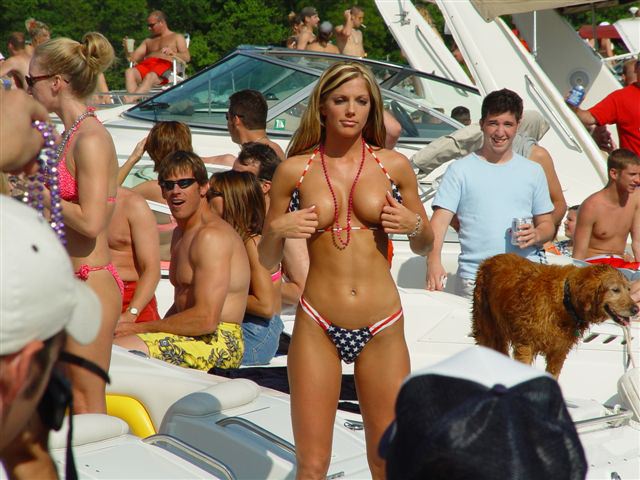 Dude, if a fine ass babe like the above makes you think about things like prosecuting GWB for anything ..... you might wanna discuss it with a pro

That's not fair, I may have just slapped myself silly right before I sat down, she's a 7 to 8, but, she is in a picture, don't worry, if she was in this house, I would be TCOB.

Now, jack-off to her picture or close your eyes and fuck your woman and then watch this...

My firecracker just went off

Hmmm ... don't wanna whack the wicked weasel to this pic, nor do I feel a need to close my eyes and pretend anything while playin with my squeeze either. Sheesh dude, it's just a pic of a sweet young thing sharin her treasures ... no more, and certainly no less. Sometimes a pic really is just a pic

No need to continually attempt to politicize everything, but if you absolutely seem continually driven to do so .... please give more thought to my above suggestion.

Here Mrkim, only 11,000,000 views. Not as hot as the one up above but here moves are probably a hundred times better.

Ever seen "Drugstore Cowboy" ? You bring a slight change to mind of something Matt Dillon said as they were haulin him out on a stretcher. He mentioned the "TV babies" while you remind me of todays even more pedantic version, which would be a ... "youtube baby"

And you are a "plus613 baby", you sometimes get a very superiorific attitude that gets on my nerves sometimes... do you have ego problems? I understand.........

By the way Mrkim, if you fire up

on a regular basis then people are very lucky, I can't imagine how you would be if you weren't firing up

Since most people get on my nerves, particularly lazy assed anonami too weak to actually give any impact to their words by associating them with a personna, I don't really care whom might feel like I get on theirs as well

BTW, pedantic seems even more appropriate given the cutesy BS you posted above