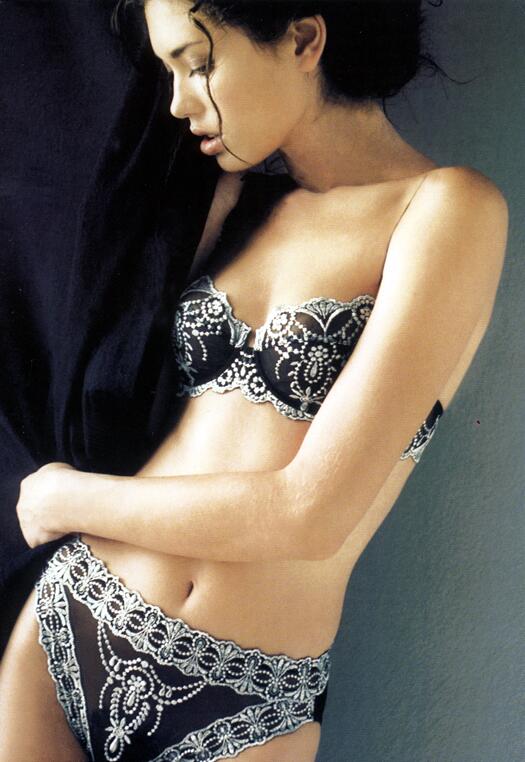 BTW, little in the world sexiern a sweet lookin babe in a sultry suit of lingerie ... rock on bro

I'm glad someone likes them.

Back in the day, apparently before most of our fellow 613-ers were even in kindergarten, I was running a usenet porn-bot aimed at a few select groups. Some of it is so old-school, it was physically scanned out of magazines, just not by me. Over the years, I managed to leech about 20 gigs of pictures. I burned about 4 cd's worth of the stuff I thought was sexy, funny, interesting, weird, or some combination, and ditched the rest. I found the disks about the same time I found 613, so I decided to post some of them and see what other people thought. Maybe get some comments, start a few arguments, that kind of shit. You know, the fun stuff.

I posted for a while, then quit for a couple of years, and now I'm back. For now, I really don't have anything better to do. I still haven't figured out what these freaks want to see, so I just keep posting what I have, and let them like it or not. If you and me and a few others like it, I've accomplished what I set out to do.

Now that was an interesting read, man, reminds me of somethin my own computer "mentor" buddy did.

I "used to have" about 10 gigs of stuff on one of my drives and would post it on the other side, but grew tired of the bitchin from throwin up 50-100 files at a whack and finally just gave it up.

I, like yourself really did it just to share my collection, and if folks liked it, great, if not, then screw 'em, but eventually all the time it was takin to UL it daily versus the complainin just wore me down and I abandonded ULing my stuff altogether there a cuppla years back.

Back to the topic at hand though, thanks for sharin your own stuff, and hell yeah, I like it

I didn't have anything quite that sophisticated. Just a program I found called NewsRover, with an extensive killfile system. The web sites were set up so counter to my purposes, I couldn't be bothered. They want page views for their ads, and that's their business, literally, but I just want the pics. They're so slow, clunky, and spammy, I couldn't stand it. I haven't been on usenet for so long, I don't even know if there's anything left that's worth having.

I'm a naturally disorganized person, so the problem with having so much material became trying to get it into some usable system. It's still not where I would like it, but I haven't thought of any better system.

I don't have any objection to decent hardcore, I just like the pinups and lingerie, too. I have another fairly large group that I've been debating about posting. They're so hideously "airbrushed" that I suspect it was done by computer, but the lingerie is so spectacular that I may post them anyway and let the whiners whine. Haven't managed to get the old lady into anything like this yet, but at least she's thinking about it now, and that's progress, so I'm not going to give up. I'm probably lucky she doesn't realize what it does to me, or she would wear it all the time and take advantage of my weakness.

I appreciate it too. Keep them coming. A lot of the guys here just like to say something negative. It doesn't mean that they don't like it.

Since their lingerie wont be on my floor, I'll content myself with looking. Nice pics!