So much major crisis, so little time.... 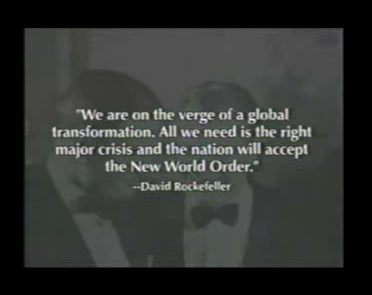 George W. Bush certainly used 9/11 to change America for the worse. Now, we're torturing people, imprisoning people indefinitely without any trial, evidence or charges, our national debt is higher than it's ever been, the economy is in shambles, energy prices are skyrocketing, and people are losing their homes like never before. But in a few months, George W. will be sipping a Belgian Budweiser on his front porch in good ole Texas -- richer than he's ever been before thanks to his oil and his Buddy Dick Cheney's Haliburton profits. Isn't the Republican party and the free market system a wonderful thing.
fossil_digger Report This Comment
Date: July 20, 2008 03:57AM

1. "Now, we're torturing people" i'm assuming you have proof of this?
2. "imprisoning people indefinitely without any trial, evidence or charges" what more evidence do you need? they were captured on the field of battle....local laws do not apply. prisoners of war are tryed in a military court of law.
3. "our national debt is higher than it's ever been" war costs money....duh!
4. "the economy is in shambles" that depends on who you ask.
5. "energy prices are skyrocketing" blame that on oil speculators and yourself if you have a 401k.
6. "people are losing their homes like never before" predatory lending.
7. " But in a few months, George W. will be sipping a Belgian Budweiser on his front porch in good ole Texas -- richer than he's ever been before thanks to his oil and his Buddy Dick Cheney's Haliburton profits. Isn't the Republican party and the free market system a wonderful thing"
what will you do when you retire?

these are perfect examples of liberals twisting the truth to try to save their dying party from an inevitable death.


now why don't you say something about my mother, or maybe call me a fag or something else completely assinine.

i suggest thanking me for slapping your dumbass with a bit of reality.
you're welcome

Obama vs. McCain. Bah! We are so screwed, and by "we", I mean everyone west of Turkey and east of Hong Kong. The next four years will make the last four seem like a fucking family picnic, and all the Bush-haters who get so much fun out of reminding us how he's the "Worst. President. Ever." will be bumping him up a step, to "Second. Worst." He'll be in Crawford, working overtime at not giving a shit, when he's not making prank calls to Pelosi's office.

Obama's Rodney King foreign policy will indirectly result in terror and genocide on a scale never seen before, because people all over the world will be able to slaughter their most ancient enemies, safe in the knowledge that the Big Old Bully USA won't have the will to do shit about it. McCain at least has a clue, but last I checked, all those F-22's, C-17's, and B-52's don't mean jack, when they're sitting on the tarmac with dry fucking fuel tanks. Not too many hybrid military jets on the drawing boards. Even if they had fuel, it still takes an ass-load of money and people to run them, and there won't be near enough of either.

Neither one of them would know an economic policy from a wallaby, and all the other candidates range between the militantly stupid and the clinically insane. We are royally fucked. Time to place your seat backs and tray tables in the upright and locked position.

fossil the old-fashioned propaganda pusher is back!

Fuck both of you, Reps and Dems!

Bush is the worst President ever, there is absolutely nothing "free market" about him.

Most of you "Republican" hard ons around here do nothing but get off on the same old lies, all you do is support more hard times..... with vigor.... and that makes you the weakest of all, putting on an act does not make it reality. Oh yeah and McCain Sucks! That just goes to show what hypocritical followers you are, because McCain should be the last one on the Republican Party List, just goes to show how "blind" the current Rep Party is.... cattle waiting to be slaughtered... with a smile.

fossil, way to pull away from the current Rockefeller NWO subject, way to make sure people start bickering over Republican VS Democrat Propaganda, divide and conquer at all levels, that's for sure.

Man your blind, completely blind if you think everything around here is just fine.
fossil_digger Report This Comment
Date: July 20, 2008 06:35PM

just making you look like an idiot is enough gratification for me for the day.

that's all i hear from you. i must slap you around every single day, i bet you're getting tired of it.

i agree that the "NWO" is a frightening thought, but it's not a new deal (coming for decades) to blame one person or party for it's implementation is like condemning someone to be burned a witch. it's a world leader majority consensus to reduce risk, lower operating costs, yada yada yada influenced by the world banks as well as the insurance racket.