The Head of Homeland Security with his Dad and Uncle 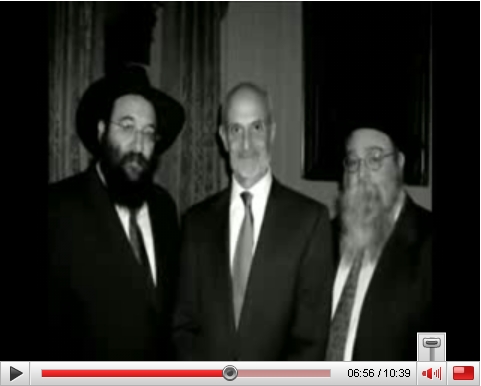 Comments for: The Head of Homeland Security with his Dad and Uncle
the author Report This Comment
Date: September 01, 2008 05:30AM

In the U.S. Dual Citizenship is illegal for every country in the world.... except for Israel.

"In the U.S. Dual Citizenship is illegal for every country in the world.... except for Israel"

Explain how it is bullshit, with fact!


That guy up there is affiliated with the ADL.... terrorist!

80 12/12/2001
Arrest of Jewish Defense League Officers
Sam Hamod
The two top officers of the Jewish Defense League in Los Angeles have been arrested by the FBI for allegedly planning to blow up a Mosque in Los Angeles and the San Clemente office of Congressman Darryl Issa. The mosque also houses the nationally well-respected Muslim Public Affairs Council; Congressman Issa is a Christian of Lebanese descent. The JDL officers were quoted as saying, "The Arabs in America need a wake-up call."

Today, Congressman Issa said he did not condemn all Jews, because he knew that this was the work of a couple of fanatics.

Mr. Issa has been involved in the Middle East peace process recently.

The San Diego office of the Anti-Defamation League had no comment on the matter. The FBI is investigating further connections the JDL officers may have had with other terrorist groups and individuals.

An unnamed Muslim spokesman in San Diego said that, "It is about time that pro-Israeli's and their counterparts were investigated by the FBI. It is still possible to consider that Israel may have been involved in the attacks of 911 because they had so much to gain from the anti-Arab and anti-Muslim sentiment it caused. Do not the forget the Israeli camermen who were arrested by the FBI while rejoicing and jumping up and down while filming the 911 attack in NYC."

In the meantime, though the FBI has kept their eyes on the Israeli's, Attorney General John Ashcroft has continue focusing his detentions and investigations of people of Arab and Muslim descent. This latter policy has led to public outrage from the Arab and Muslim communities because many of the Arabs being investigated are Christians. Not only this, but civil libertarian groups are crying "foul" because the detentions are often secret, the detainees have little or not representation allowed, the term of detention is being stretched and even immigration judges are being overruled by Ashcroft (though Ashcroft has no evidence against the detainees).

The FBI will have more details on the arrest of the JDL members and other possible terrorist attacks they may have planned.

"In the U.S. Dual Citizenship is illegal for every country in the world.... except for Israel"

BULLSHIT BECAUSE IT IS NOT ILLEGAL ASSHOLE!

It IS illegal to be a dual-citizen and hold an office.
Alejandro Report This Comment
Date: September 19, 2008 07:50PM

You didn't say hold office in your first post. I am a dual-citizen US and Canada, and I'm not in jail because it's not illegal.