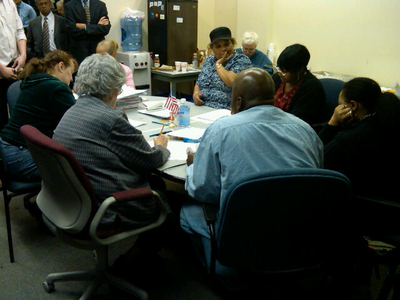 In what has become one of the stranger twists in an already bizarre Governor's race, a bag of uncounted ballots was found in Bridgeport Thursday night.

Republican officials were approached by Democratic operatives and told about the surprise ballot bag, according to Bridgeport GOP Chairman Marc Delmonico.

Sure seems odd a "bag of uncounted votes" turns up just as the governors race has taken a turn in the Republican candidates favor. Things that make you go ... Hmmmm

Since they don't have to give back any amounts still left in their campaign funds after the election, my guess would be about whatever was left in it