Trying to run companies out of the country...... Gibson Guitars... RAIDED! 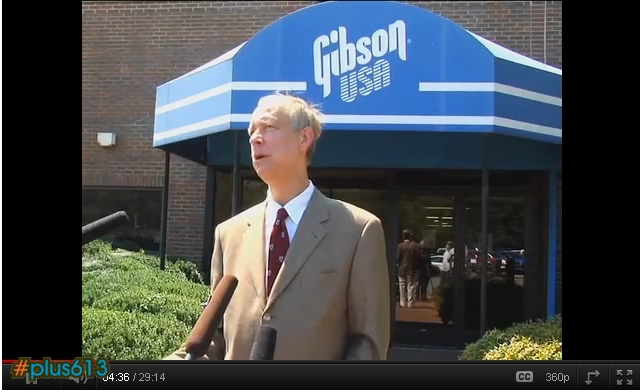 Guns drawn.... to control.... and people wonder why all those companies leave this country.

Everything the US does has been outsourced to foreign countries.. I'm surprised the whole government isn't running from Cherry Hills in Bangalore these days.

Australia is going down the same path, but haven't embraced it quite to the same degree.

The problem is once you've outsourced all your manufacturing, there's no point for design or engineering to be kept in house either, may as well outsource that too. Then you don't need management anymore. Before you know it you produce nothing as a country and you have no jobs, your currency takes a dive, property values plummet and you're in debt up to your eyeballs with no real way of getting yourself out of it, all the while the foreign countries are building their wealth and strength and a new world order begins.

Fire and brimstone coming down from the sky! Rivers and seas boiling!
Forty years of darkness! Earthquakes, volcanoes!
The dead rising from the grave!
Human sacrifice! Dogs and cats living together! Mass hysteria!

Pretty much, though you forgot the triumphant return of the flying spaghetti monster
BlahX3 Report This Comment
Date: August 31, 2011 12:34AM

That's because it was all quoted from Ghost Busters and they didn't have the FSM in the movie, although it might have been a nice addition. It does kinda make me hungry for spaghetti though.