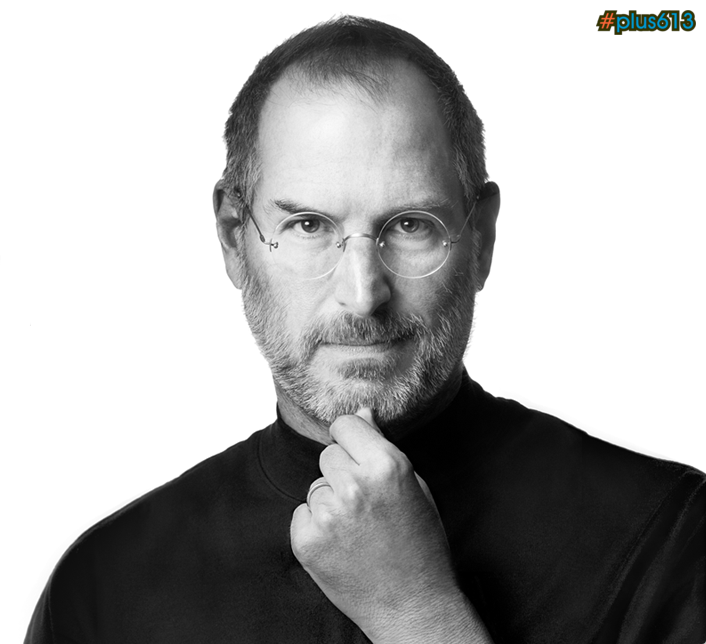 Rarely a more polarising character or company comes out as Steve Jobs and Apple.

Love or loathe the products and the company, its business practises or the man himself, you've gotta give credit where it's due. In the past decade, Jobs has shaped the technology world in his image.

It remains to be seen what will happen to Apple in the coming years, but one thing is for sure - they will never be the same company without him as with him

Yeah, fair call - I'd do it for Bill Gates, Linux Torvalds or probably even Larry Ellison. Michael Dell can suck it.
woberto Report This Comment
Date: October 06, 2011 11:13AM

1) Nature versus Nurture. His sister is Mona Simpson but he didn't know it until he was an adult. Mona Simpson was one of my favorite novelists from the late 80s. Her first novel, Anywhere but Here, was about her relationship with her parents. Which, ironically, were Steve Jobs' parents. But since Steve Jobs was adopted (see below), they didn't know they were brother-sister until the 90s when he tracked her down. It's proof (to an extent) of the nature versus nurture argument. Two kids, without knowing they were brother and sister, both having a unique sensibility of life on this planet to become among the best artists in the world in completely different endeavors. And, to me it was great that I was a fan of both without realizing (even before they realized) that they were related.


2) His father's name is Abdulfattah Jandali. If you had to ask me what Steve Jobs' father's name was I never in one zillion years would've guessed that and that Steve Jobs biologically was half Syrian Muslim. For some reason I thought he was Jewish. Maybe it's because I wanted to be him so I projected my own background onto him. His parents were two graduate students who I guess weren't sure if they were ready for a kid so put him up for adoption and then a few years later had another kid (see above). So I didn't know he was adopted. The one requirement his biological parents had was that he be adopted by two college-educated people. But the couple that adopted him lied at first and turned out not to be college educated (the mom was not a high school graduate), so the deal almost fell through until they promised to send Steve to college. A promise they couldn't keep (see below). So despite many layers of lies and promises broken, it all worked out in the end. People can save a lot of hassle by not having such high expectations and overly ambitious worries in the first place.

3) He made the game "Breakout." If there was one thing I loved almost as much as the games on the Apple II+, it was playing Breakout on my first-generation Atari (I can't remember, was that the Atari 2600?). And then Breakout on every version of my Blackberry since 2000. If he had never done anything else in life and I had met him and he said, "I'm the guy who made Breakout," I would've said, "you are the greatest genius of the past 100 years." Funny how things turn out. He went on from Atari to form Apple. Nolan Bushnell, founder of Atari, went to form the greatest restaurant chain in the history of mankind: Chuck E. Cheese.

4) He denied paternity on his first child, claiming he was sterile. The mother had to initially raise the kid using welfare checks. I have no judgment on this at all. Raising kids is hard. And when you have a kid you feel like this enormous energy and creativity you have for the world is going to get misdirected into a... little baby (Jobs' parents must've felt that way as well. Like father, like son). Heck, I originally wanted my first kid to be aborted. But people change, mature, grow up. Eventually Jobs became a good father. And that's what counts in the end. Much worse if it was the reverse. I didn't know this either: that the Lisa computer (the "Apple III"

was named after this first child.

5) He's a pescetarian. In other words, he eats fish but no other meat. And he eats anything else a vegetarian eats (including eggs and dairy). I think from now on I'm going to be a pescetarian, just because Steve Jobs is one. Except when I'm in Argentina. In Argentina you have to eat steak. Ted Danson and Mary Tyler Moore consider themselves pescetarians. Somehow, even the world "pescetarian" seems like it was invented in California.

6) He doesn't give any money to charity. And when he became Apple's CEO he stopped all of their philanthropic programs. He said, "wait until we are profitable". Now they are profitable, and sitting on $40b cash, and still not corporate philanthropy. I actually think Jobs is probably the most charitable guy on the planet. Rather than focus on which mosquitoes to kill in Africa (Bill Gates is already focusing on that), Jobs has put his energy into massively improving quality of life with all of his inventions. People think that entrepreneurs have to some day "give back". This is not true. They already gave at the office. Look at the entire iPod/Mac/iPhone/Disney ecosystem and ask how many lives have benefited directly (because they've been hired) or indirectly (because they use the products to improve their quality of life). As far as I know, Jobs has never even commented about his thoughts on charity. Good for him. As one CEO of a (currently) Fortune 10 company once told me when I had my hand out for a charitable website, "Screw charity!"

7) He lied to Steve Wozniak. When they made Breakout for Atari, Wozniak and Jobs were going to split the pay 50-50. Atari gave Jobs $5000 to do the job. He told Wozniak he got $700 so Wozniak took home $350. Again, no judgment. Young people do things. Show me someone who says he's been honest from the day he was born and I'll show you a liar. It's by making mistakes, having fights, finding out where your real boundaries in life are, that allow you to truly know where the boundaries are.

8) He's a Zen Buddhist. He even thought about joining a monastery and becoming a monk. His guru, a Zen monk, married him and his wife. When I was going through some of my hardest times my only relief was sitting with a Zen group. Trying to quiet the mind to deal with the onrush of non-stop pain that was trying to invade there. The interesting thing about Jobs being a a Zen Buddhist is that most people would think that serious Buddhism and being one of the wealthiest people in the world come into conflict with each other. Isn't Buddhism about non-attachment? Didn't Buddha himself leave his riches and family behind?

But the answer is "no". It's normal to pursue passions and outcomes, but just not to become overly attached to those outcomes. Being happy regardless of the outcome. A great story is the Zen master and his student walking by a river. A prostitute was there and needed to be carried over the river. The Zen master picked her up and carried her across the river and then put her down. Then the master and student kept walking. A few hours later the student was so agitated he finally had to ask, "Master, how could you touch and help that prostitute! That's against what we believe in!" And the Master said, "I left her by the river. Why are you still carrying her?"

9) He didn't go to college. I actually didn't know this initially. Bill Gates and Mark Zuckerberg are the famous college dropouts that I knew about. But apparently Steve Jobs went to Reed College for one semester and then dropped out. I guess you don't need college to program computers, make computers, build businesses, make movies, manage people, etc. (Of course, you can see all my other posts on why kids should not go to college.)

10) Psychedelics. Steve Jobs used LSD at least once when he was younger. In fact, he said about the experience, it was "one of the two or three most important things I have done in my life." Apple's slogan for many years was "Think Different". Maybe using a drug which tore him from the normal frame of reference taught him how to look at problems from such a unique perspective. I don't think LSD is for everyone, but when you combine it with the innate genius the man had, plus the many ups and downs that he experienced, plus the Zen Buddhism and all of the other things above, it's quite possible it all adds up to the many inventions he's been able to produce.

i wish i had thought of ripping off the open source community creating an O.S. and marketing it @ 3 times the price of Winblows. Wow! That am many fantastics, thank you for loving and caring messages of fun and happy slides!.

We are of the super grateful analysis of purveyor of salutations. I am of the many are of which after doing the needful shall revert on same?