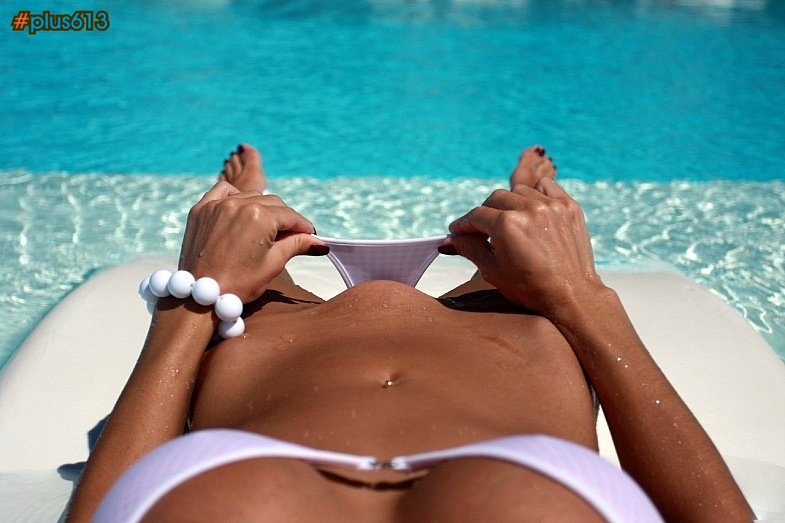 Severina Vuckovic was doing : Sunbatheing at her favorite : Beach !! When suddenly she donned uponly realized the : Thingy Thongy :

sticky situation (*clown2*#!!#*finger2*) She'd be getting hot and bothered and hot and stillll bothered !!

Not sure why you'd feel insecure about that. That pic looks delicious. Certainly wouldn't stop me from diving in.

The proud mons is a joy to behold. I lie with my cheek on your belly and watch while I stroke, so lightly up, down and around that hill.

There's more, but that'll do.

That is just a little extra cushion for the pushin, I love large hairy mounds.