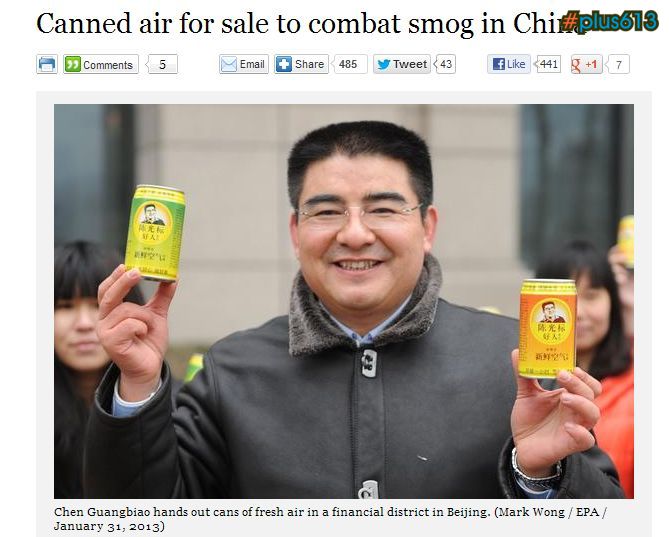 He isn't handing them out, he's selling them, and it has nothing to do with combating smog, although the money goes to charity. They aren't intended to used to breathe from either. They are just cans.

It's about the news media misleading us by putting out a headline indicating something that is not true. A lot of folks don't read past headlines.