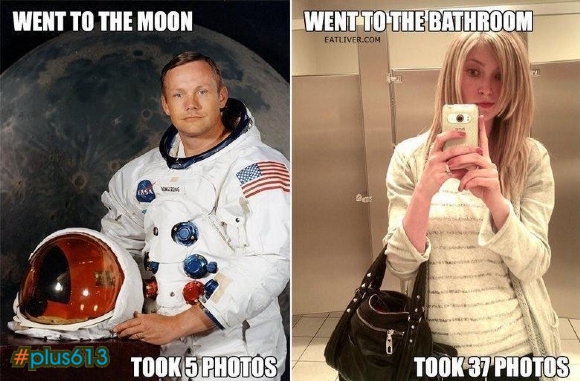 Sad but true. This century has started off as the last one ended, all just a bit lame.
quasi Report This Comment
Date: March 09, 2013 12:43PM

Amazing technological advances used for banal and often anal purposes. Not necessarily a bad thing, that, but people let themselves become completely spoiled by it (and too dependent on it) and shamefully ignorant of how fortunate we are to have these things that were science fiction a generation ago. My father was born at the time when the horse was the main mode of transportation (after walking, of course) just as the automobile was about to become available to the common man, flight was a novelty in it's infancy, and there wasn't even radio, let alone television. He watched and participated in the rise of the auto, saw the beginnings and rise of both radio & TV, and lived long enough to see men land on the moon and the early years of the space shuttle program. Because I'm my father's son I look at the technologies we have now with a sense of wonder and a bit of alarm having seen some of the bad places those old technologies took us.
woberto Report This Comment
Date: February 25, 2017 07:53AM

Just realised the K-Man looks a lot like him.

we know what you'd prefer