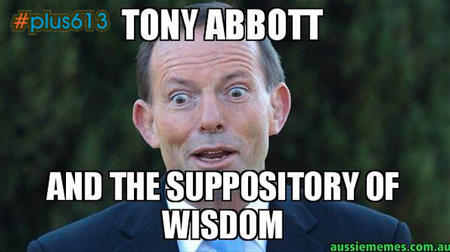 This guy is an "incomparable dunderhead", a liberal puppet with no
ideas of his own; John Howard's whipping boy. Our government is no different
to that of Thailand's at present, except we're not being shot at when we express
how corrupt the liberal party are. It doesn't matter though, he'll be removed
from power before the next election by his own colleagues - I'm guessing Malcolm Turnbull.