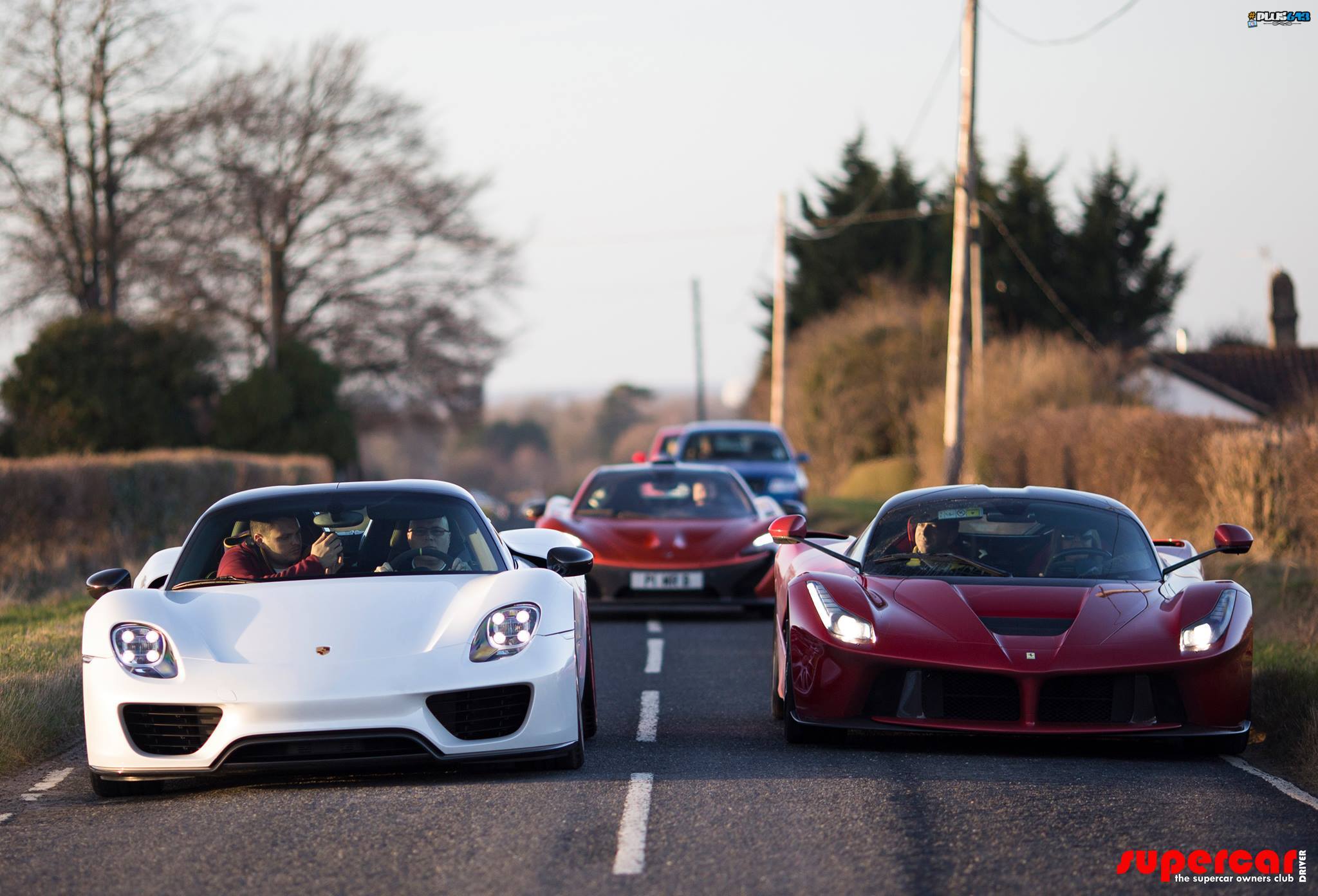 Played out car guy's ultimate fantasy.
UK businessman Paul Bailey had a pretty memorable weekend, after driving his McLaren P1 to pick up a new LaFerrari and Porsche 918 Spyder on the same day. Believed to be the first person to own the Holy Trinity of hypercars, the multi-millionaire was joined by his wife and friend to collect the Ferrari, which he had ordered two years previously, before making a 200-mile trip to pick up the Porsche. He bought the P1 last year.

Bailey drove the LaFerrari, while his wife piloted the P1 and his friend the 918 Spyder, to join his collection of around 30 supercars back home. Speaking of his lustworthy acquisitions, the Brit said: “I live a very surreal life and being the first to own all three does not feel real. This is why I want to use and share the cars with enthusiasts. It is too early to say which is the best as they are all totally amazing. I will be able to better comment when I have driven them back to back on the race track.” Pictures come courtesy of Supercar Driver, a club through which Bailey will give people a chance to try out his rides at Silverstone. He previously raised some £20,000 for charity after raffling tickets for people to win a ride in the P1.