PARIS ATTACKS - Planned by the Illuminati 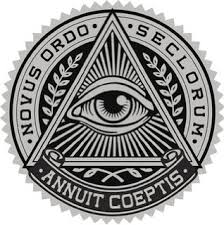 Comments for: PARIS ATTACKS - Planned by the Illuminati
Get up Stand up Report This Comment
Date: November 15, 2015 06:24AM

What better way to create a justified excuse to control and monitor every individual on this planet.
The more these attacks happen, the easier it is for them to say, "we need to know who you are" to ensure you are not a terrorist.
Call it big brother, call it protecting our freedom, call it the CIA, call it what you want.
Conspiracy theories don't matter anymore.
These attacks are happening all over the world now and the powers that be (The U.S, EU, Russia and the UN plus the wealthy others) are the architects behind this.
If they can monitor each one of us, they control us in every way - What we think, what we earn, what we eat, what we drink and what we are allowed to say.

The end of the world is not nigh.

It's the end of the world as we've known it.

Hopefully we can get the asshole out of the Whitehouse before it gets any worse.
Robert Report This Comment
Date: November 15, 2015 05:14PM

Obama has done more damage to the economy and society of this country, than 911 and all of the wars.
Get up Stand up Report This Comment
Date: November 16, 2015 03:46AM

It really doesn't matter who's in power in which country. We saw it with Bush too.
They are a unified conglomerate with one goal - World dominance.
It's so much bigger than politics and the real horror is we will probably never be able to stop them.

Aren't there enough real things happening in the world without bringing in the conspiracy theories and fantasies? You would rather believe there is some all powerful hidden group responsible for all this than to believe it is simply caused by the evil intentions of some people.
Get up Stand up Report This Comment
Date: November 16, 2015 02:48PM

It's what's called the bigger picture.

Theories of conspiracy are no longer relevant.

Do you really believe some group can control all that is happening in the world today? This belief has been around for centuries and it has never come true.