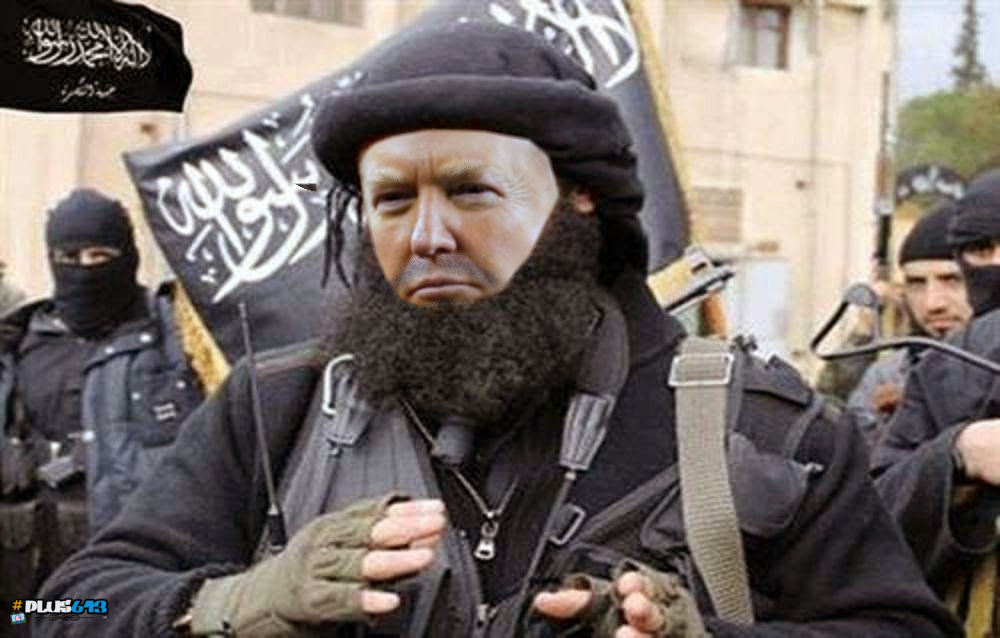 BS wussy. MUSLIM radicals wake up in the morning and go to sleep at night wanting to blowup, chop up, and torture other people. They don't need a reason to be angry and they don't watch YouTube unless they're communicating with each other on a plot.
aDCBeast Report This Comment
Date: January 01, 2016 09:54AM

Dingo Dickbreath .. 1) Trump is an ISIS promoter 2) You've never done dick in your entire life except exercise your right hand on the internet

There has been no reports that Trump is being used to recruit Isis fighters except what the lying Hilary spouts.
Mrkim Report This Comment
Date: January 02, 2016 01:31AM

I see you're back in fine raving libocrat form, as uninformed and delusional as ever.

Enquiring minds just wanna know, and after all, who better to ask?

In an odd case of "things that make ya go hmmm?", though no instance of ISIS using Trump in a purported recruiting video has yet to have surfaced as Hilary claimed was the case (just one more of her outright lies), amazingly now such a video has turned up, albeit after the fact, purportedly from their muzzy compatriots in Africa.

I know facts are seemingly pesky details to the libs who prefer to instead continuously fling nonsensical crap against the wall in hopes some of it will stick, but facts still are facts. Better luck next time beast ;>/

If I were running for president I would want them to use me as a recruiting tool. That would mean my message was right and effective. It would also tell me the terrorist don't want me as president and that would also be a good thing. It's better than the videos they might be using now. Picture of Obama with the caption "Join Isis now and kill Christians President Obama will help you". Or substitute Hillary for Obama with caption"4 more years of killing".
Clembo Cummings Report This Comment
Date: January 06, 2016 03:07PM

I used to think she was hot when Bill was governor of Arkansas but after years of seeing what they really do she turns me off completely. The Clintons remind me of the governor on The Walking Dead.
fossil_digger Report This Comment
Date: December 15, 2016 09:29PM

Odipstick is the one that created Isis.
Bush created Al Crappa
Trump will keep up the NWO's hatred of radical Islam spawning another offshoot.....DUuUuUuUuUuh