One of Australias best 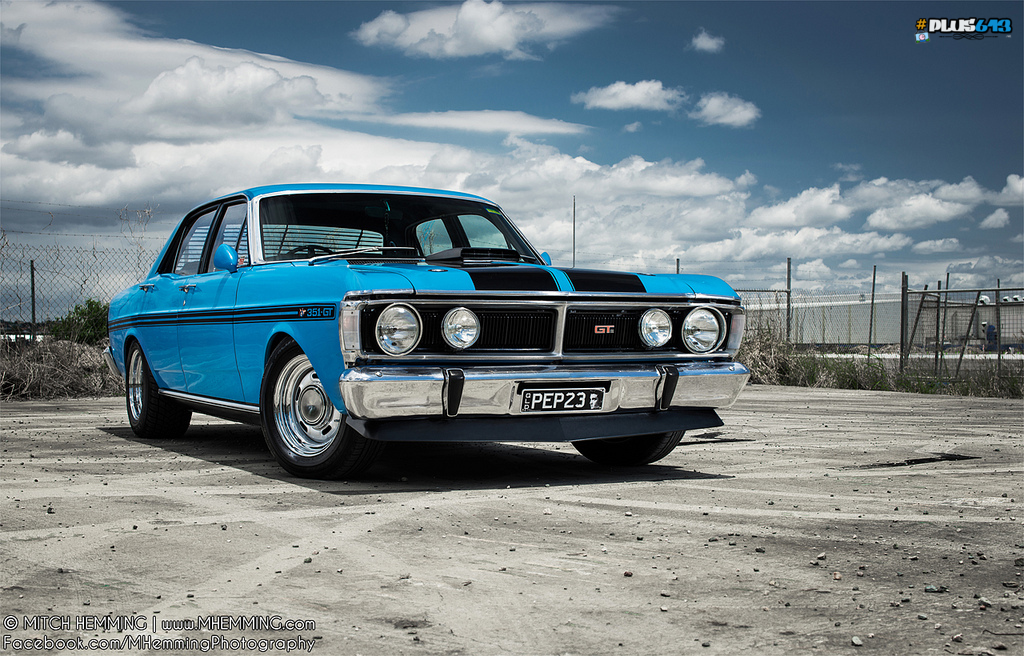 That one is a 1971 Ford XY Falcon. Also known as a Phase III HO when spec's up.
Was "the fastest four door car in the world" back in it's day.

Long video but some interesting bits

"HO" stands for "Handling Options" but that's not a Hoey. Not Phase I, II, or III

There are no "completely original" Ford HO's left in existence in Australia due to their cult popularity and collectors value.
They're pretty well much made up of bits and pieces taken from other standard Falcons these days, because if you were lucky enough
and rich enough to own one back then, you probably would of
A: Wrapped it around a telegraph pole or B: Had it stolen.

Ford had the HO and Holden (GM for you Yanks) had the Monaro and the two did battle for many years.
Back then, you were either a Ford man or a Holden man. There were no in between's like there is today.

Same goes for the Monaro, there are no complete originals left.

Both were great machines.