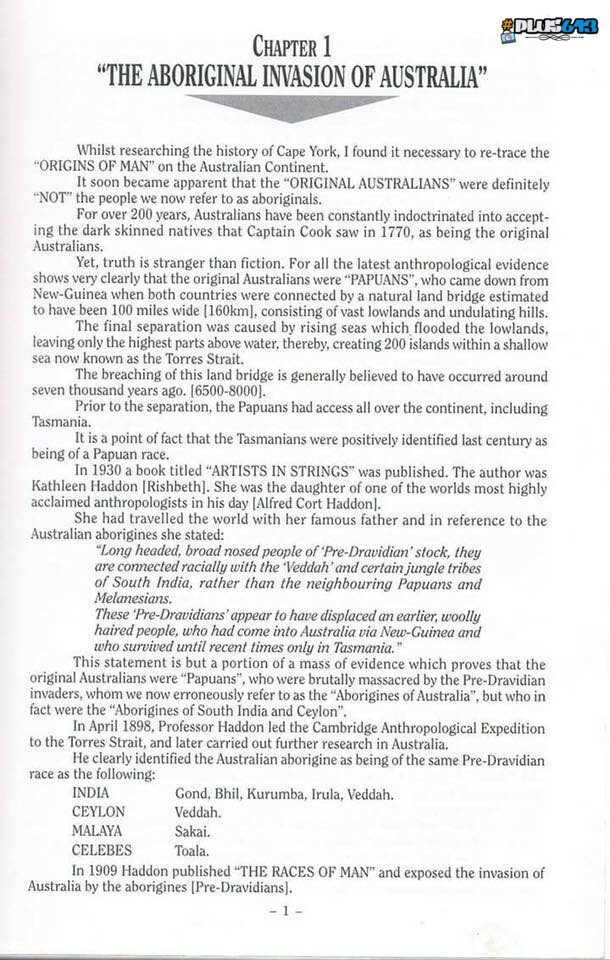 This is from a book published in 1996 (The Savage Frontier - Rodney Liddell) based on a publication from 1930. Genetic studies released in 2016 breaking down the history of the out of Africa migration have since disproved his seperate migration theory and prove that both populations came from the same genetic source at the same time.

Onyma, the human population did not originate in Africa. If you're in New South Wales, travel to Pyramul one day. It's a sheep farming community without so much as public land to picnic on, but look at Mt Pyramul and tell me that isn't a man made hill, compacted earth at 70 degrees (it was always done using volcanic soil for some reason in the Mudgee region for some reason), pyramid shaped, North, South East West. That's hiding something.

It puts a new light on Aborigines adopting a law to never speak about the dead. I suggest the original book isn't disproved.