Police shootings, but Norway, Finland and Iceland are the problem... (sarcasm) 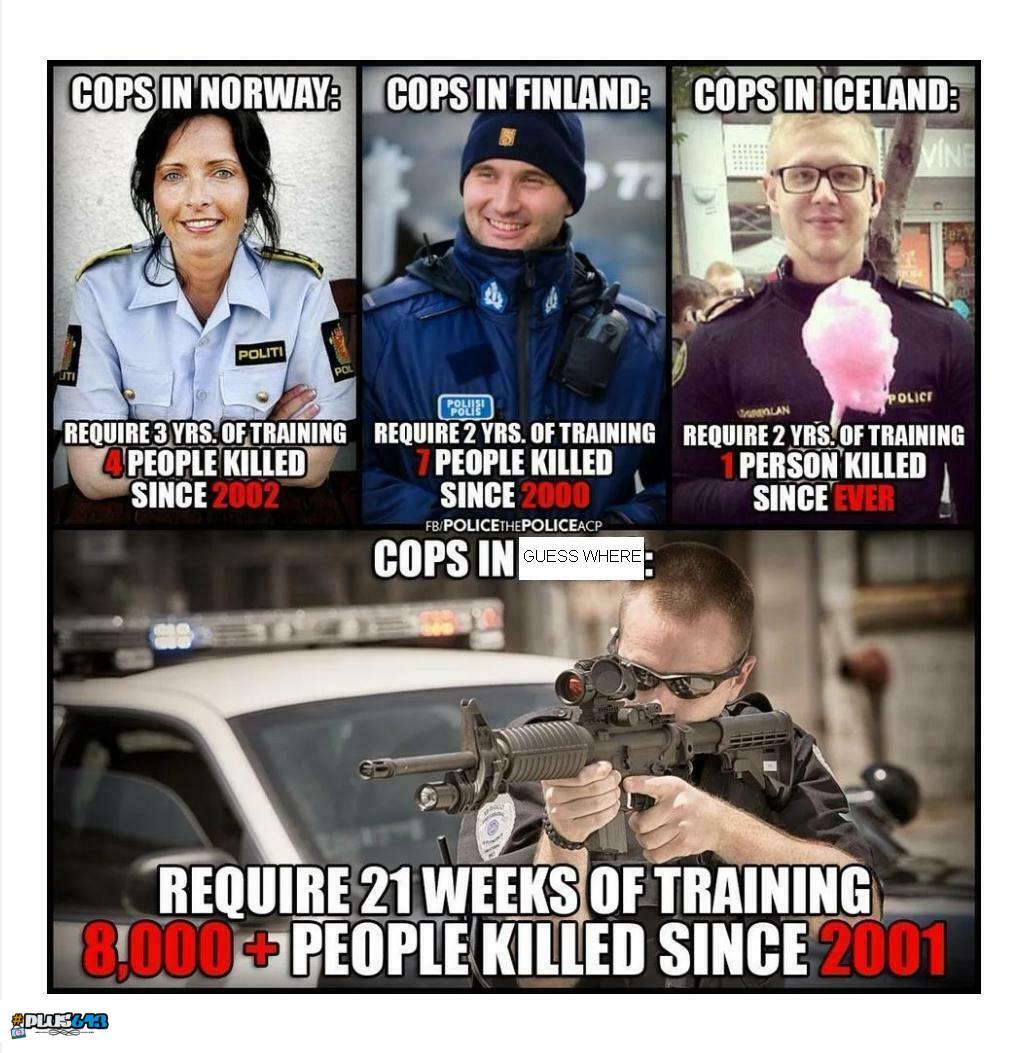 Comments for: Police shootings, but Norway, Finland and Iceland are the problem... (sarcasm)
Anon Report This Comment
Date: July 06, 2022 12:52AM

Anyone dumb enough to deregulate everything will get this type of result.

If the rest of us didn't like our constitutions we would have changed them. We don't want yours or your ways.

Yet you funded the disarmament campaigns in our countries, fantasizing we would then long to be like you.
Sources:

now do the per capita rate and the crime rate comparison too.
Anon Report This Comment
Date: July 06, 2022 04:58AM

Per capita rate is surprising!

Finland: Harder to pin down causes (if someone from Finland could help with this?).

Iceland: a man in his late 50s, was said to have been firing a shotgun inside his apartment and out of the windows in east Reykjavik. Repeated attempts to calm him, in addition to a tear gas canister lobbed into his room, had been unsuccessful. Two police were injured. Guns everywhere, yet only to those who pass a medical and written test: firearms owners are part of the nation's defence. It seems an amazingly simple formula - those who can keep themselves physically fit are not likely to be on drugs/psychiatric medications, into seances or video games. Comparisons with Canada and New Zealand.

Iceland has a low crime rate - a product of its large, stable middle class. There are almost no distinctions, the tycoon's children go to school with everyone else's children (this is not a product of Marxism), and pro-active policing: pre-empting crime issues before they fester, or stopping issues at the nascent stages before they can get worse.

Obviously unfinished but I have to go

as donald trump said about covid, if we stop counting cases, the count goes to zero.

no muders ever in the US, 1 less than iceland, we just won't count them

Deeze, I had to laugh.

Error in my calculations above, yank number should read 1.25.

Also, the bit about passing a written test for a firearm: should add the intellectual ability to pass the test.

Anders Brevik's behaviour would make sense if he had been hypnotised.