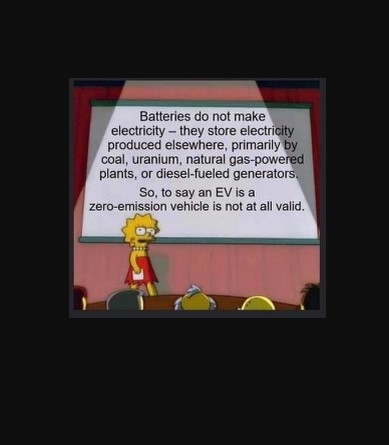 Here there's a term regarding moving emissions from the exhaust to the outlet.

Although our energy infrastructure is massively moving towards greener/renewable (solar, wind, hydro, all of which we have a huge amount of) the reality is right now ~65% of our electricity is coal. So it's only 1/3 "clean" (I guess better than 0/3 of petrol?). The coal plants all have a plan for decommission though, and no new ones are being built (despite us having so much coal we can basically never use it all).

With that said though; that electricity will be generated regardless of use right now (as electric vehicles are such an insignificant number of cars on the road they're not even a rounding error so certainly don't impact the volume of electricity generated) so you can consider them clean as they're not adding to emissions that wouldn't already be generated, however are removing the exhaust gasses of a petrol vehicle.

It's the future though, whether you like it or not. I bought a new car, picked it up on new years eve. I had the decision between petrol and electric (model 3 performance was my electric choice). I went for petrol driven, however I am well aware my next car will be electric and I figured no matter which car I got I'd only keep for 3-3.5 years max.

Shut your noise pulse!
Until you have watched this...
[www.youtube.com]
You commie-pinko-labor-voting beotch!

It's the future, but we need to get a lot better with our electricity generation.

The other thing it glosses over with petrol is the emissions involved in getting the dead dinosaur goo from the source to the destination. We're a net importer of refined fuels; so that means mostly goo is sucked up from somewhere, refined somewhere else, and sent on a ship to our shores. None of this is emission free, and all adds on top of the co2 emissions of the petrol engine burning the fuel just like manufacturing higher capacity batteries does. Depending on where you are in the world (as the video says, this is a global issue) then some places will be better, some will be worse for this.

I'll be honest here though. I don't really care about environmental impact. I'm a selfish cunt, I don't have kids, the world can blink out of existence as soon as I'm dead for all I care; I won't be around to see it. I'll pay extra for electric cars and to generate more electricity simply to remove the flow of funds to shitty regimes across the world. Stop supporting the Middle East, stop supporting Russia. That alone is worth the price of admission to me.

My main reason for looking electric had nothing to do with green and 100% to do with acceleration performance. I don't need range, I want a fun car. The main reason I went for the car I got was acceleration was fine (not model 3 performance, but good enough) however the car was probably half to 2/3 the weight, so it's also nicely chuckable

I don't drive much, certainly not enough to make a material difference to emissions. When I do, I want to enjoy it and despite its party trick of great acceleration, the Tesla simply wasn't fun.