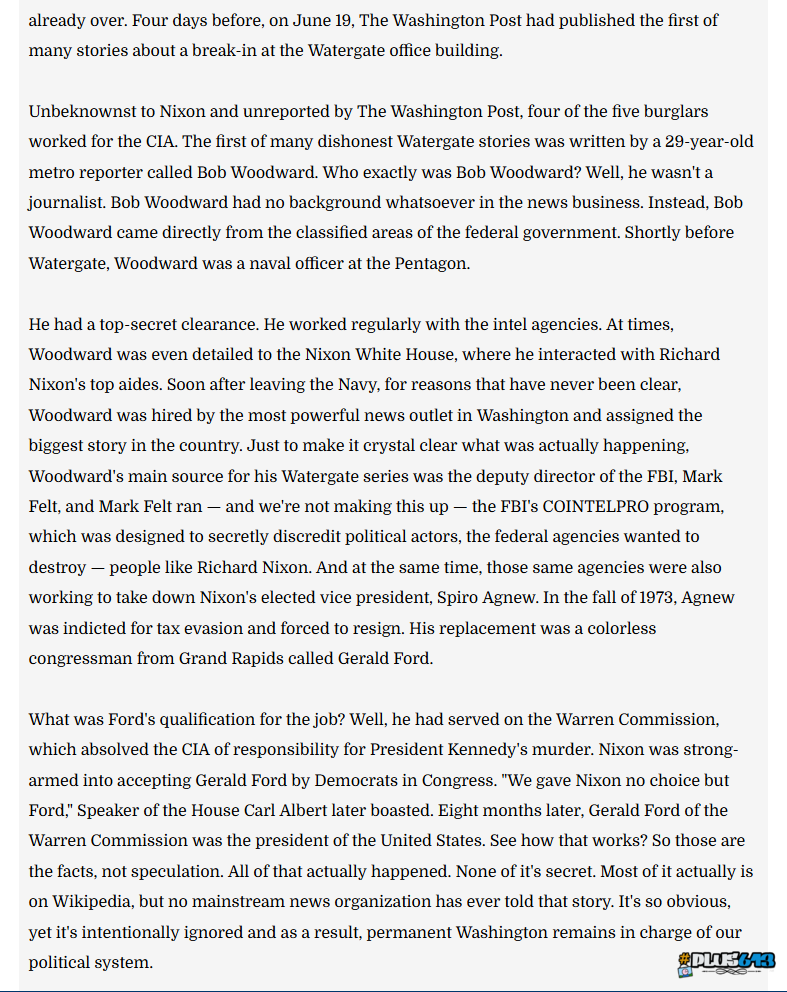 Cool story, Tucker, albeit rather fanciful. Woodward worked with nuclear secrets before he retired as a leutenant, so wasn't privvy to the specific things this piece lists, and was a reporter for a newspaper. Felt indeed was Woodward's source, Deep Throat; one of the burglars was James McCord, who was on Nixon's re-election committee.
I am curious why this article makes it sound like Nixon was a victim when it was his people who broke into the DNC. Not even Nixon's Library denies that.

Yeah Nah nobody's reading any of that diarrhea