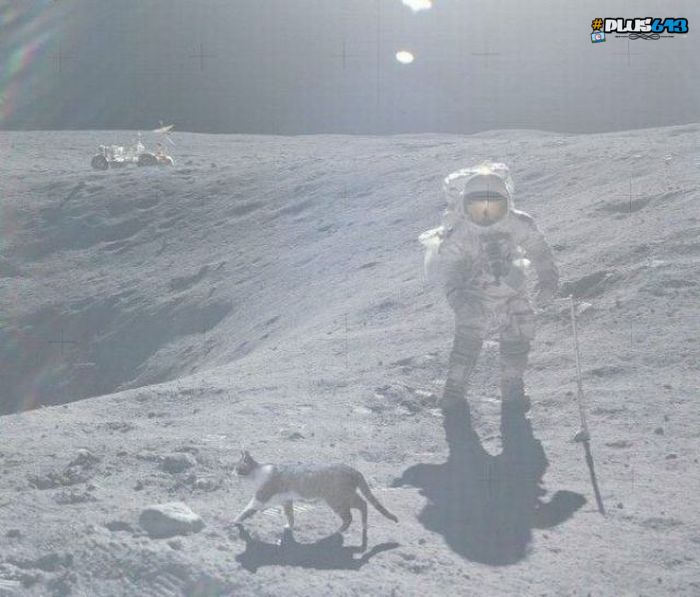 Implying that this photo has been edited and there are no cats on the moon...

Which we all know is the truth.

Anybody who says otherwise is a liar, a thief and a communist.

Or in a conspiracy group.

There are cats on the moon. Magical ones that don't leave any footprints. They are there after the magical mice that are there for the cheese the moon is made of.

Science is way simple, yo.

Bob was there and he says the whole no atmosphere deal was a total sham. Said he hung out with a gaggle of cool cats, found some awesome jazz dives and said he stumbled upon a buncha bad assed bars while he was there.

'Course bein a cat prone to flights of fantasy when he's been doin peyote, it hard to trust the lil furr ball